Justin Emeka is director, actor, and teacher who uses artistic craft and cultural innovation to create high quality, thoughtful, entertaining theater.  He specializes in new approaches to "classic” texts, as well as imaginative stagings of popular and emerging playwrights.  He is the resident director at Pittsburgh Public Theater where he directed Lynn Nottage's Sweat; Christopher Demus-Scott's American Son; a virtual production of Romeo & Juliet and is preparing an upcoming production of August Wilson's Two Trains Running for June 2022. Off-Broadway credits include A Midsummer Night’s Dream and Romeo and Juliet at Classical Theatre of Harlem; Other regional theatre productions include:  Sweat at the Philadelphia Theatre Company; Sunset Baby by Dominique Morisseau at Dobama Theatre in Cleveland; Stick Fly by Lydia Diamond at Intiman Theatre in Seattle;  Paradise Blue and Detroit ’67 by Dominique Morisseau at Karamu House in Cleveland; A Raisin in the Sun by Loraine Hansberry at the Oberlin Summer Theatre Festival and ArtsWest in Seattle.  At Oberlin College, he directed Arthur Miller's Death of a Salesman (featuring Avery Brooks and Petronia Paley while he also performing the role of Biff); Dominique Morisseau's Follow Me To Nellie's; Shakespeare's Macbeth; Alice Childress's Wedding Band; and  Gabriel Emeka's The Compromise.  At Julliard, he directed Lucas Hnath's A Doll House pt. 2 and at NYU Grad Acting he directed and adapted Moliere's The Would-Be Gentleman into The Boougie Gentleman.  At the University of Washington Ethnic Cultural Theatre he directed Tennessee William's The Glass Menagerie; Amiri Baraka's Dutchman; and Aishah Rahman's Unfinished Women Cry in No Man's Land While a Bird Dies in a Guilded Cage.   At Yale Repertory Theater, he served as the movement coordinator and played the role of Edgar in a unique African-American production of King Lear starring Avery Brooks.  He has taught workshops at New York University, Julliard, Carnegie Mellon, Old Globe, University of Michigan, Skidmore College and more.  He helped start the Oberlin Summer Theater Festival where he directed and/or performed in A Raisin in the Sun, Crumbs from the Table of Joy, and The Glass Menagerie. He is also a writer and has received awards in playwriting from the Seattle Arts Commission, and screenwriting from the Washington State Film Commission.  He recently published an essay "Seeing Shakespeare through Brown Eyes" in the book "Black Acting Methods:  Critical Approaches".  Mr. Emeka is a Drama League Fellow, a member of SDC, Actors Equity, and serves as member of the Board of Trustees for the SDC Foundation.  He is currently a tenured Associate Professor of Theatre (Directing & Acting) and Africana Studies at Oberlin College.

Justin Emeka began his career as an actor at the age of 12 performing on stage, in commercials, and films. He was in one of the first professional productions of "The Best X-Mas Pageant Ever" at Seattle Children's Thearter (SCT) where he spent four years in the Young Actor Training Program.  At SCT, he also originated the role of Stacey Logan in the world premiere of Mildred Taylor's "Roll of Thunder, Hear My Cry" adapted by Ed Shockley.    He attended Oberlin College  and studied with  bell hooks, Ama Ata Aidoo, Wendall Logan, A. G Miller, Paul Moser, Caroline Jackson-Smith, Amiri Baraka, Calvin Hernton and Avery Brooks who would become a life long mentor. He received a Mellon Undergraduate Research Fellowship studying "the Birth of the Blues Aesthetic".  Emeka graduated with honors majoring in African-American studies with the first concentration in Performance.

In 1995, Emeka developed a theatre company called Jungle Creations in Seattle, WA bringing together local hip-hop artists, poets, musicians, dancers, and actors to create original theatrical work that was perfomed in community centers, schools, churches,  and night clubs.   Mr. Emeka went on to lead theatre programs at Garfield High School and the African-American Academy while continuing his career as an artist.    He received a Seattle Arts Commission Literary Fellowship in playwriting as well as the The Washington State Film Commission Screenwriting Award.  As an actor, he travelled the country and performed a one man show exploring the Civil Rights movement titled "The Right to Dream" produced by Living Voices.

The Mayor's Office of Seattle recognized Emeka's unique talent and invited him to help  host  "The MAAFA Suite",  a theatrical commemoration of the Trans-Atlantic Slave Trade directed by Jessie Wooden , Jr  and the St. Paul Community Baptist Church in Brooklyn, NY.   Upon the succes of the event, with support from the city and Seattle producer Vivian Phillips, they  launched Sankofa Theatre, a company of artists to create poetry, dance, and drama exploring the legacy of the Middle Passage.  Sankofa Theater was led by Emeka and Phillips who recruited local and professional artists to perform in the historic Moore Theatre in downtown Seattle.  Emeka's work and reputation caught the attention of University of Washington directing professor Valerie Curtis-Newton who encouraged him to apply for graduate studies in directing.

In 2003,  Emeka enrolled in the graduate directing program at the University of Washington School of Drama--and at the same time was appointed the Artistic Director for the UW Ethnic Cultural Theater where he directed and/or produced works such as:  Amiri Baraka's Dutchman ; Ntozake Shange’s For Colored Girls Who Considered Suicide When the Rainbow's Not Enough, Errol John's Moon on a Rainbow Shawl, Aisha Rahman’s Unfinished Women Cry in No Man's Land While a Bird Dies in a Guilded Cage in addition to numerous student plays.   While in graduate school, he was invited by Avery Brooks to Yale Repertory Theater to serve as the movement coordinator and play the role of Edgar in a unique African-American production of King Lear directed by Hal Scott.  This experience inspired him to begin incorporating unique cultural perspectives in Shakespeare as a director.  For his thesis production of Macbeth, he re-imagined it set it in the American South just after the Civil War, which would begin a tradition of Emeka's unique interpretations.

He received his Masters of Fine Arts in Directing from the University of Washington under the guidance of Valerie Curtis Newton and Jon Jory.  Shortly after which he aceepted a teaching position at his alma matar, Oberlin College to teach acting, directing, and develop an innovative program in Capoeira Angola while continuing to direct professionally.  Through his directing, writing, and teaching,  Justin Emeka has established himself as one of the preeminent directors of contemporary and classical theatre.  In 2016, he received tenure from the departments of Theatre and Africana Studies at Oberlin College where he continues to teach, direct, and train the next generation of great artists and scholars. 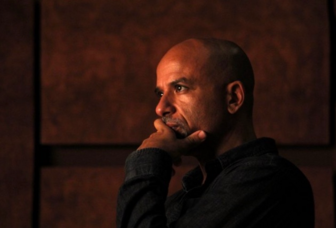